For a list of test centres where the test is offered in March 2023, please go to Test centres.

Registrations for the March 2023 testing window is now open. Before registering candidates must have read the GAMSAT Information Booklet.

The fee to sit GAMSAT in March 2023 is $518 (including GST) in Australia, €344 in Ireland or £271 in the UK. The registration fee includes a copy of the online Practice Questions e-book.

All fees are charged in Australian dollars for candidates sitting GAMSAT outside of Ireland and the UK.

Under no circumstances will further registrations be accepted after Friday 10 February at 10am Greenwich Mean Time (GMT) OR 9pm Australian Eastern Daylight Time (AEDT).

Payment must be submitted online by credit card (MasterCard, Visa). The online payment option operates through ACER's e-commerce facility via the ACER website. Credit card details are not recorded or stored by ACER but are encrypted at point of capture and transmitted directly to the bank, without entering ACER information systems.

Test takers will receive a payment confirmation/tax invoice by email once the payment transaction is completed. The credit card statement may list ACER as the recipient, and a specific reference to GAMSAT may not be mentioned. If the amount charged to the credit card provided to complete the registration is wrongfully disputed, the registration may be cancelled, results may be withheld or the candidate may be blocked from taking further ACER administered tests. 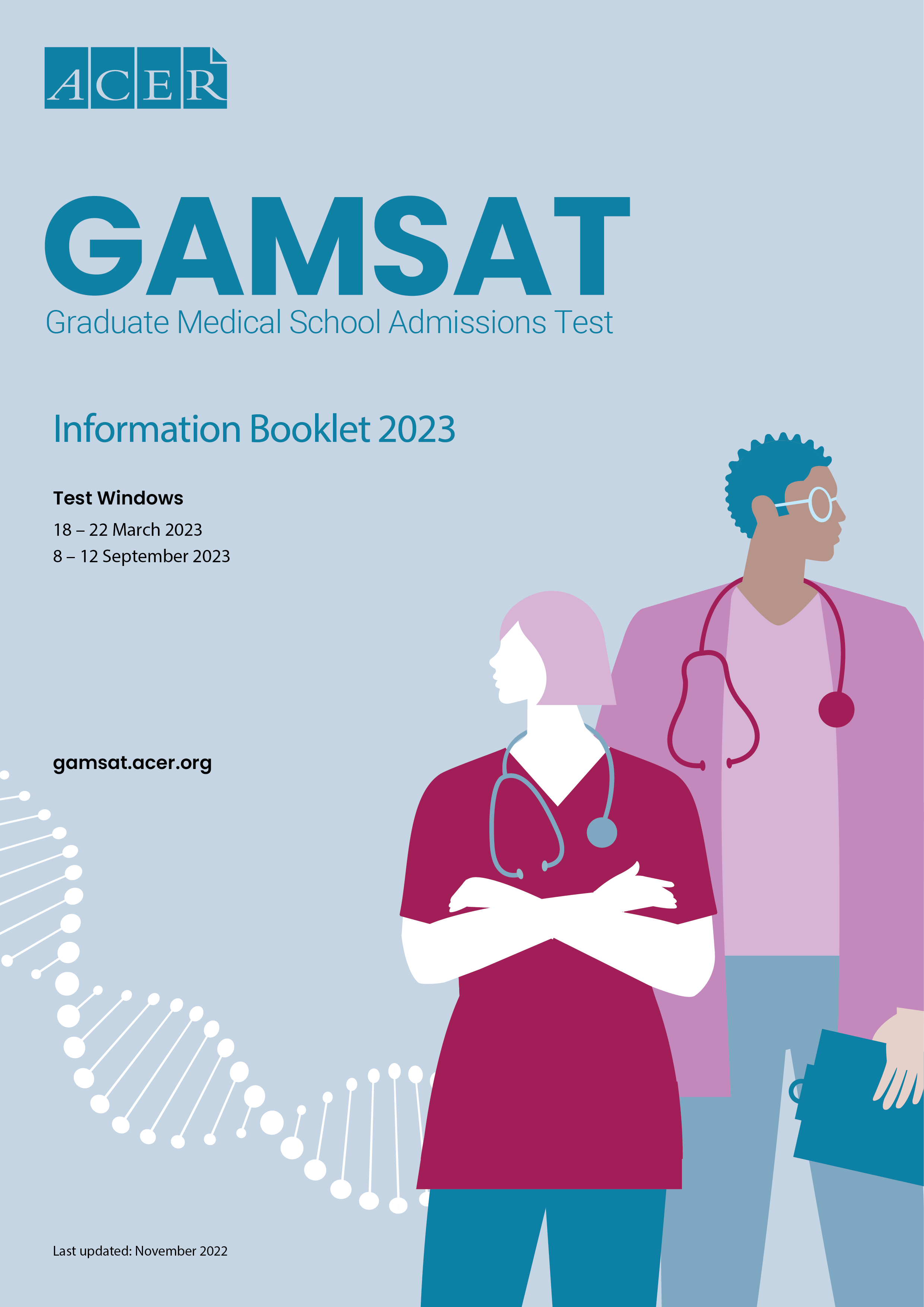 You can receive regular updates about GAMSAT on our official social media platforms: